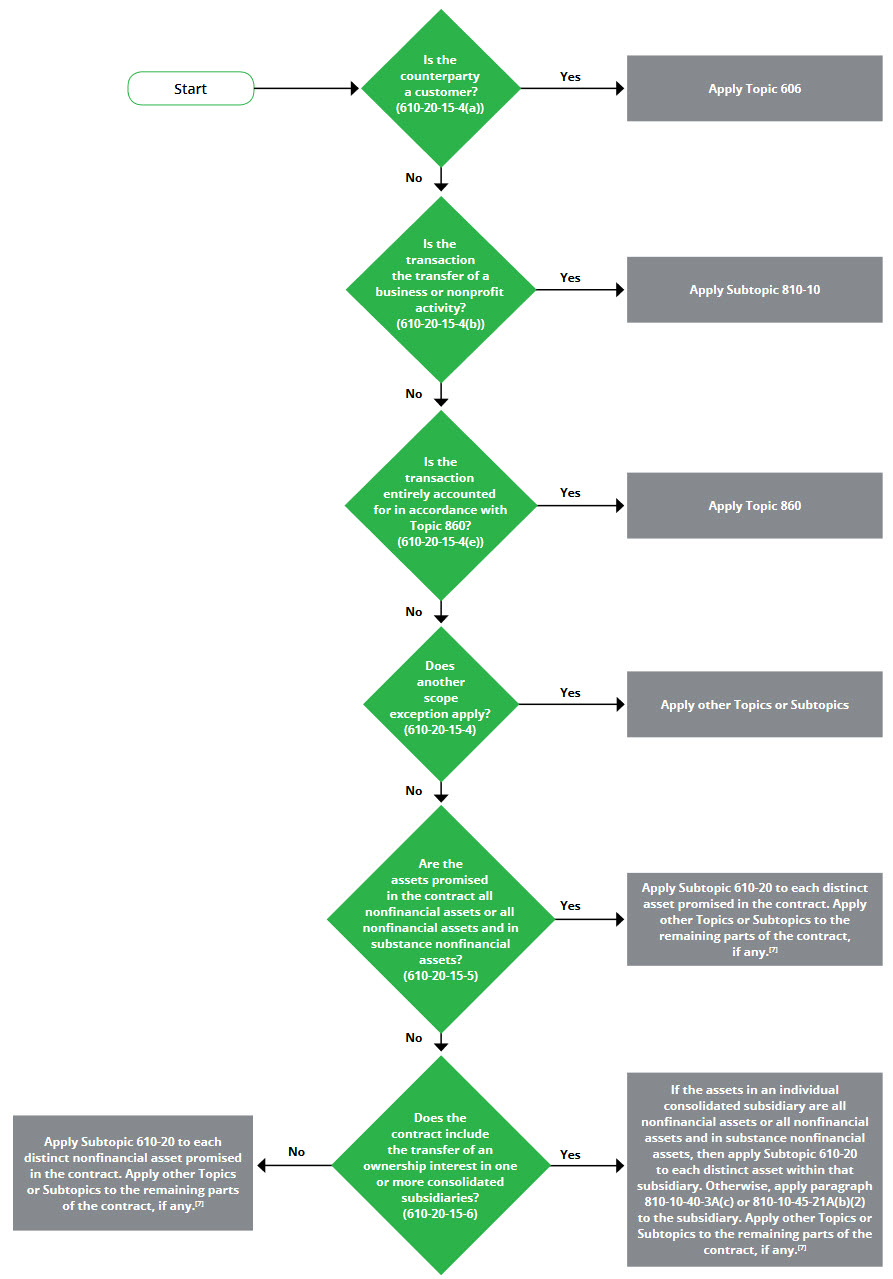 [7]
1
FASB Accounting Standard Update No. 2017-05, Clarifying the Scope of Asset Derecognition Guidance and Accounting for Partial Sales of Nonfinancial Assets.
2
For titles of FASB Accounting Standards Codification (ASC) references, see Deloitte’s "Titles of Topics and Subtopics in the FASB Accounting Standards Codification."
3
FASB Accounting Standards Update No. 2014-09, Revenue From Contracts With Customers (Topic 606).
4
ASC 360-20, which provides guidance on real estate sale transactions, was partially superseded by ASC 606 and ASC 610-20. However, ASC 360-20 continues to apply to sale-leaseback transactions involving real estate assets until the amendments in ASU 2016-02, Leases, become effective.
5
FASB Accounting Standards Update No. 2017-01, Clarifying the Definition of a Business.
6
FASB Accounting Standards Update No. 2015-14, Revenue From Contracts With Customers (Topic 606): Deferral of the Effective Date, delayed the effective date of the new revenue standard by one year and permits early adoption on a limited basis.
[7]
If the transfer includes other contractual arrangements that are not assets of the seller to be derecognized (for example, guarantees), those contracts are separated and accounted for in accordance with other Topics or Subtopics...
Heads Up is prepared by members of Deloitte's National Office as developments warrant. This publication contains general information only and Deloitte is not, by means of this publication, rendering accounting, business, financial, investment, legal, tax, or other professional advice or services. This publication is not a substitute for such professional advice or services, nor should it be used as a basis for any decision or action that may affect your business. Before making any decision or taking any action that may affect your business, you should consult a qualified professional advisor. Deloitte shall not be responsible for any loss sustained by any person who relies on this publication.
The services described herein are illustrative in nature and are intended to demonstrate our experience and capabilities in these areas; however, due to independence restrictions that may apply to audit clients (including affiliates) of Deloitte & Touche LLP, we may be unable to provide certain services based on individual facts and circumstances.
As used in this document, “Deloitte” means Deloitte & Touche LLP, a subsidiary of Deloitte LLP. Please see www.deloitte.com/us/about for a detailed description of the legal structure of Deloitte LLP and its subsidiaries. Copyright © 2021 Deloitte Development LLC. All rights reserved.