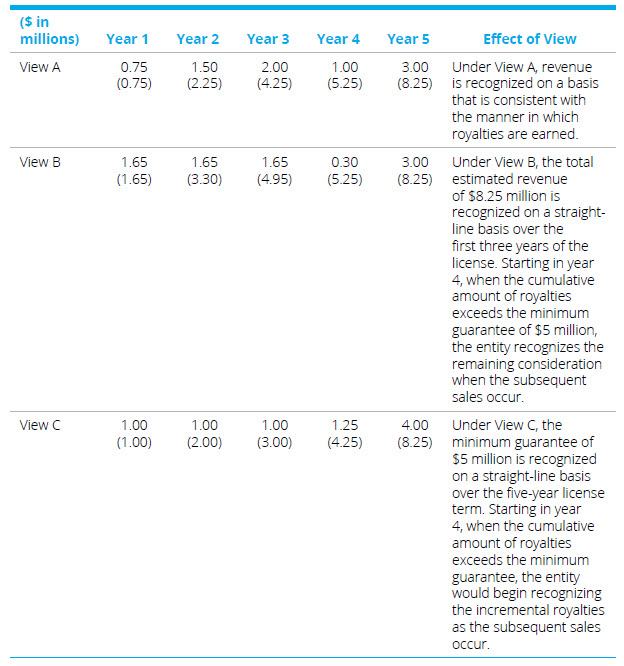 The FASB staff noted that it does not believe that the new revenue standard prescribes a “one-size-fits-all“ model for recognizing revenue when a license is subject to a sales-based or usage-based royalty with a minimum guarantee. The staff indicated that in selecting an appropriate measure of progress for recognizing revenue over time, an entity should use judgment and consider that while the views described in the agenda paper are reasonable interpretations of the new revenue standard, there may be other appropriate ways to measure progress. In addition, the FASB staff reminded stakeholders that because diversity in practice may exist, entities will be required to disclose the significant judgments made in applying the new revenue standard, including the methods used to recognize revenue and determine the transaction price.
“Question 2: How does a minimum guarantee impact the recognition of sales-based or usage-based royalties promised in exchange for a license of functional [IP]?“19
Stakeholders have articulated the following two views:
The table below outlines the recognition pattern associated with each view: 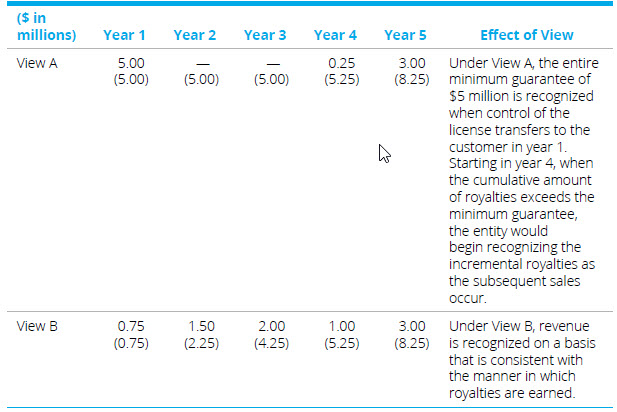